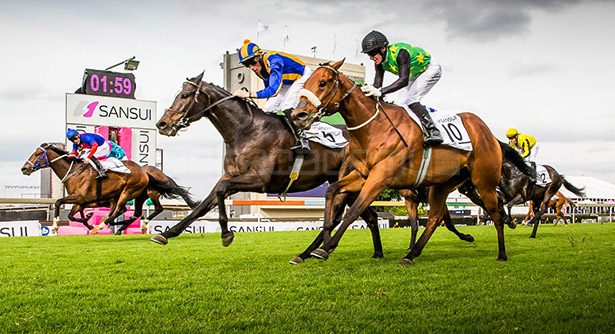 Ante-post betting is a popular form of sports betting, particularly for horse racing. But what is it? How do you place one? And why would punters choose it over other (and seemingly less risky) betting methods?

An ante-post bet (or futures gambling) is a longer-term bet placed on the outcome of an event, such as the Grand National or a World Cup, at least 1 day before it begins. It is most commonly used in horse racing as punters can take advantage of ante-post prices before the runners are declared (traditionally happening 24 hours before the start of a race).

As mentioned above, ante-post betting is seen most frequently in horse racing as the selection (or non-selection) of runners poses a risk to the punter, but with the potential of far better returns. Typically, it is the general outcome of events, such as the winner of a match or tournamnet, that is wagered on – the larger the event, the further in advance bets are placed, and the better the payout. Other common ante-post betting markets are for popular football games or World Cups, global golfing tournaments and tennis grand slams, such as Wimbledon.

Why Place an Ante-post Bet?

By wagering so far in advance, ante-post betting is extremely risky; especially subject to runners or players pulling out, injury or events being cancelled completely (these bets are generally not refunded). So, why would punters choose it over other forms of wagering?

As less is determined about the race or game, the payouts are generally a lot higher. When ante-post betting, you receive the odds that stood at the moment that you placed the bet. Hence, as runners or players are declared (or when they perform well prior to an event) the odds will increase.

If punters are able to identify runners that are under or overvalued when the market is created, they can trade out of an ante-post bet for a profit. So, if value is exposed, bettors can make money without even having to participate in the race itself.

Generally, if a favourite pulls out of a race or game, the odds across the board decrease (Rule 4). If you ante-post bet, you can often skip ‘rule 4 deductions’; hence you play for higher-than-normal odds.

Sometimes, it is out of sheer necessity or convenience that bets need to be placed in advance. Furthermore, by making categorical decisions, some of the tension or indecision is taken out of the equation.

Of course, by playing so far in advance, you incur a lot more risk. This is particularly true of non-runners declared in horse racing or players that pull out of matches and games for injuries and other reasons. In both cases, there is no coverage on ante-post bets and your stake will not be refunded.

How to Place an Ante-post Bet

Most sportsbooks have an ante-post (or futures) section on their website. Simply navigate there and be sure to read the rules that apply to that specific market. Once selected, a wager can be placed in the same way that any other type of bet would.